YOU ME AT SIX & The Hunner

One of the things that You Me At Six discovered whilst making their blistering eighth album Truth Decay was that you don’t really know where you’re going if you don’t know where you came from. As the dust settled on the triumphant campaign for 2021’s Suckapunch, the band’s second UK Number One album, Josh Franceschi (lead vocals), Max Helyer (guitar), Chris Miller (guitar), Matt Barnes (bass) and Dan Flint (drums) regrouped and discussed ideas for their next move. “We were all very proud of the fact we’d tried lots of new things on Suckapunch and there was a lot of bravery in making that,” says Franceschi. “This time, we wanted to hone in on a particular identity for the band, more so than we have in the past. We had to look backwards to figure out where it was we wanted to go.”

The quintet have emerged with a record that both celebrates and salutes a wildly successful career as one of British rock’s biggest modern bands at the same time as plotting an exhilarating way forward. “We are at our best when all five of us are on the frontline, living it and breathing it, all five of us swinging, putting their creativity into it,” says Franceschi. “That’s what you get from Truth Decay.”

As they combed through their back catalogue, they were drawn to the era between 2010’s Hold Me Down and 2014’s Cavalier Youth. It was a period in which the band got their initial swagger, coming into their own with an arsenal of rattling punk-pop singalongs. Combining that sense of exuberance with everything they’ve learned since felt like the key. “We felt like there was a clear identity to the band then, people knew who we were and what we were about, and we wanted to bring that to the forefront again. Knowing what kind of record we wanted to make before we’d even written a song gave it direction, it spearheaded a purpose.”

Having a clear sonic blueprint propelled them into a creative purple patch, with four or five song ideas taking shape every day during writing sessions. By the time they got to Black Rock Studios in Santorini to record with VI and Suckapunch producer Dan Austin, they were laser focused. It was a clarity of mind that was reflected in Franceschi’s approach to writing the lyrics. Eager not to repeat the haphazard way in which he worked on Suckapunch (“there’d be weeks go by where people were saying, ‘when are you going to write your parts for this song?!’” and I’d be like, “I’ll have a few drinks and just blurt it out”), he quit drinking for seven months and got into mental shape for an inner deep dive. If You Me At Six were going to make the best punk-pop-rock record of their career, he decided, then he needed to be at his most emotionally sincere. “I realised people love You Me At Six even more so when I’m taking something and ripping it open and showing it at its rawest and most vulnerable state,” he says. “I knew I wanted to face pain head on across this record. That’s where I’m at my most potent. It’s sometimes an issue for me and those around me that I need to be either living in pain or have experienced pain to write real shit, but it’s the way it is for me. When you really humanise a situation in a song, it opens up so many ways for people to inhabit your music.”

It’s why the band decided to call the album Truth Decay. “It’s the understanding and acceptance that there’s a beauty in the breakdown,” explains Franceschi. “Sometimes something can seem so obvious and clear but, actually, when you tear away at it a little bit, you realise it’s not as simple as you thought.” It’s a theme that is threaded through the record, truth and how it can be manipulated and twisted.

Searing, stomping opener Deep Cuts sets the tone. Driven by a barbed riff and muscular groove, it’s a message from Franceschi to some of his friends and loved ones that they deserve happiness and love on their terms, to be themselves rather who they think society wants to be. “It’s this idea being beaten into them that security and love and understanding isn’t applicable to them when it is, it’s about recognising how worthy you are to be happy. As I always have, I looked at things around me, the people that are part of my ecosystem and just to tap into it.”

The stirring anthem Mixed Emotions (I Didn’t Know How To Tell You What I Was Going Through) is an open letter from Franceschi to his bandmates about mental health and how the group could’ve communicated differently over the years. “It’s about, ‘I’m sorry I wasn’t equipped enough to be there’, or ‘I don’t expect you to have been there, because how could you know?’,” says Franceschi. When the singer talks to younger bands these days, he tries to encourage them to be open and honest with each other. “I don’t want them to make the same mistakes, or go through the same shit we’ve gone through.”

Those two tracks give the whole record its sense of compelling momentum, an album of dynamism and gear changes that sounds intricate and huge at the same time. The crunching God Bless The 90s Kids pays homage to the scene that they came through, After Love In The After Hours is a swooping epic, whilst Enter Shikari’s Rou Reynolds helps bring the frantic snarling of No Future? Yeah Right into land. “We were recording it in Santorini and I thought, ‘there’s only one person I can think of that can this to another level’,” recalls Franceschi. “I voice-noted Rou about it and go this really buoyant message back, it lifted me and lifted the whole record. There was a thing of, ‘somebody we really respect and love feels the same about our music and wants to be part of it’. That was great.” The song is a defiant response to people trying to take the band down. “It’s about people essentially wanting to completely destroy us and end our career because things hadn’t worked out – it happens in all walks of life, but particularly business. I would label it a traumatic moment in our band’s career.”

The swarming Breakdown is destined to become one of the band’s most explosive live tracks, born out of the frantic, Def Con 1 energy you get when everything becomes too much, whilst another guest helps out on hypnotic, poignant closer A Love Letter To Those Who Feel Lost. “I listened to Cody Frost’s track Should’ve Known Better and I was floored. I messaged her and said, “I’ve got this song that needs to go to another gear and the way you do it, it would just completely elevate the track. She’s awesome.”

When the band were making Truth Decay, their mission statement was to remind everyone that there isn’t a band to touch them when it comes to making emo-rock. “Forget about it,” Franceschi declares, “there’s nobody else that gets anywhere near it.” Back on the frontline, everybody swinging, Truth Decay is the sound of a band celebrating the scene that they helped to build at the same time as showing where it can go next. It’s You Me At Six at their brilliant best. They know where they’ve come from, and they know where they’re going 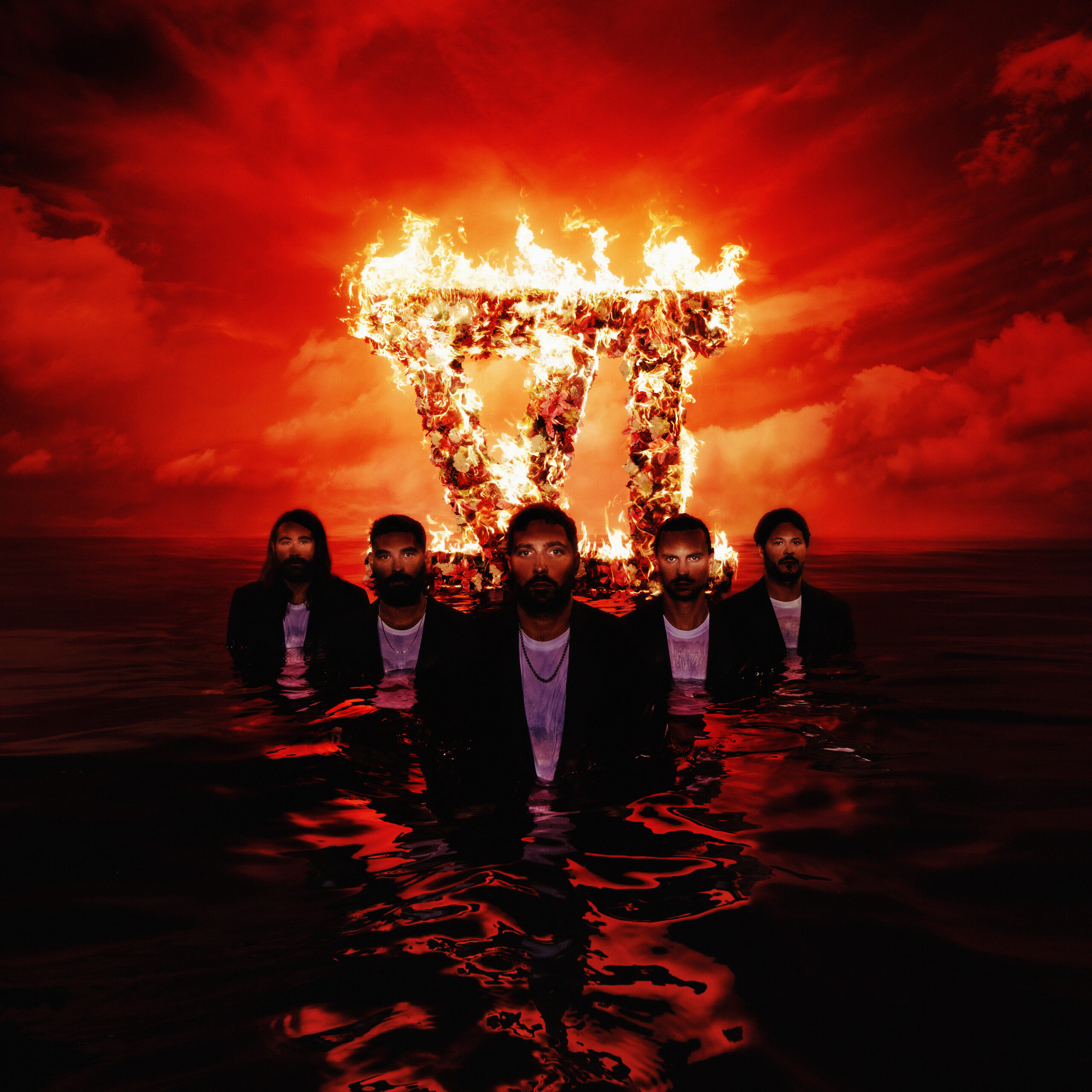